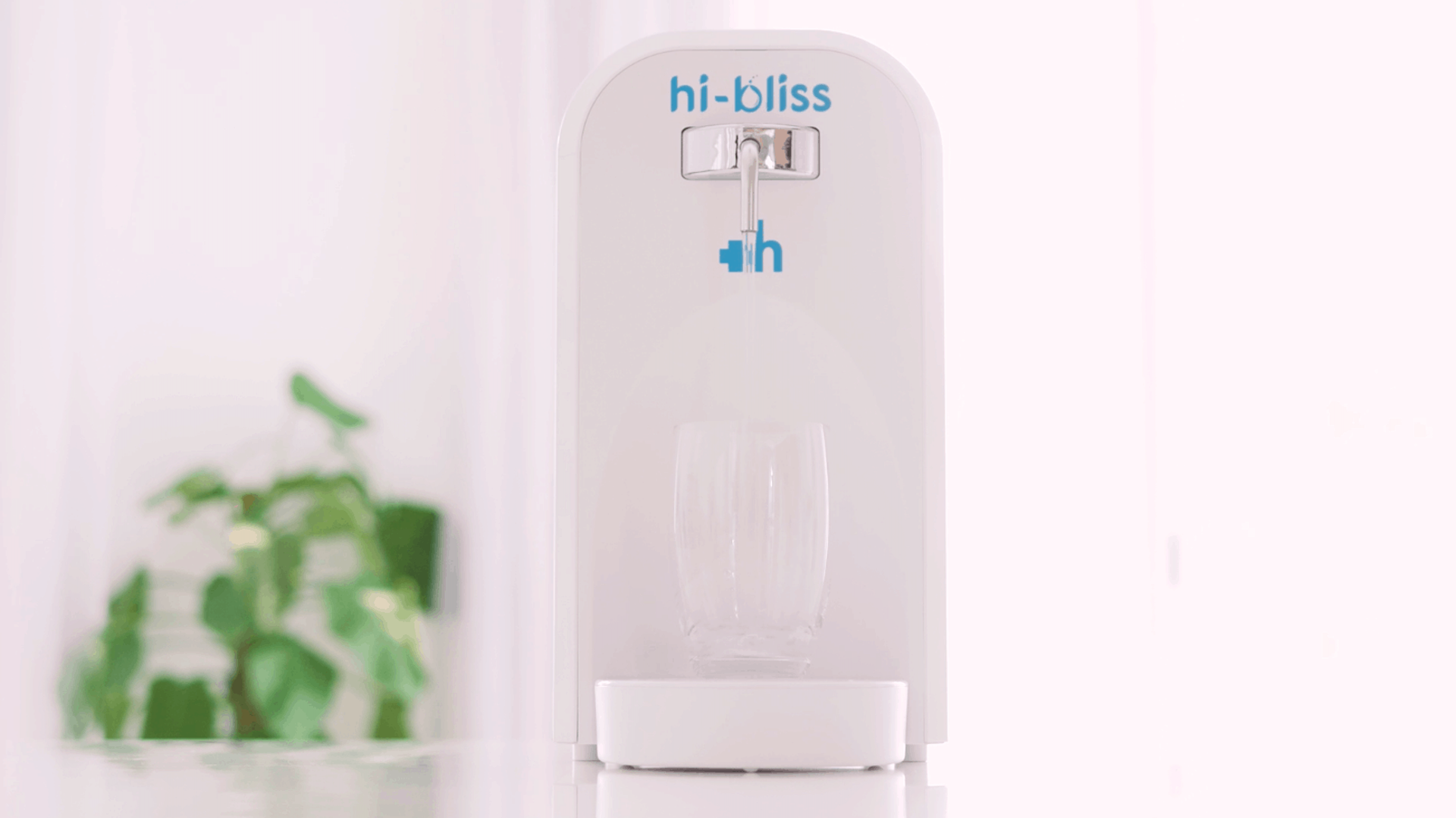 JHyPA - Japanese Molecular Hydrogen Promotion Association, is an entity authorised by IHSA to issue certifications under IHSA standards and criteria. IHSA is an international organisation focused on determining the standards for measuring hydrogen gas, and establishing guidelines for its therapeutic use.

Ppm is an acronym for “parts per million”, and is a unit of measurement which provides a ratio of the amount of a dissolved substance to the amount of water it is dissolved in. 1 ppm is equivalent to 1 mg/L.

Patented technology that provides safe and highly concentrated hydrogen for a long period of time while retaining the water quality. The Hydrogen concentration does not decrease with continuous use.

All parts and components are manufactured in Japan, by a manufacturer with 15 years of Research and Development experience, ensuring Product Quality and Durability. Each unit comes with JHyPA and IHSA Certificate of Accreditation.  Hi-bliss Hydrogen Water Generator is the first Hydrogen Water Generator in Malaysia that comes with JHyPA and IHSA certification with every unit.

What Our Customers Say

Vera, 36 years old from Shah Alam was diagnosed with subclinical hypothyroidism sometime end of June this year. She was unable to carry out her daily/normal life as she was having difficulty breathing and walking. Amongst some of the symptoms she was suffering from was chest tightness and her throat had bled for quite a few times in the morning upon waking up. She was also woken up at night due to her chest tightness and difficulty in breathing.

Vera had started drinking Hi-Bliss Hydrogen Water after her last blood test result. After consuming Hi-Bliss Hydrogen Water for 2 months, she had gone for another blood test as advised by the doctor and the results came back great. The index of her TSH (thyroid-stimulating hormone) level had dropped to normal range. Her energy level had also increased significantly until now. Even the blurriness in her eyes which she has been facing for past two years had improved.

Vera had started to experience the positive changes around three weeks into drinking Hi-Bliss Hydrogen Water, which in her own words is “Amazing”.

Vijayan P

Read More
My wife was the one who introduced me to H2 water. At first I was very skeptical. My wife daily drank H2 water in packet from a well known Japanese brand. Of course I wondered why she trusted the product so much. In the meantime, I did some research and one day we happen to be at Hi Bliss and thought I will try it. We both signed up for a package and I went for 2 sessions for OA knee problem. I was very surprised how quickly H2 gas could reduce inflammation in my knee. After one treatment I notice the pain I used to feel when I walked for a long time was gone. I decided to purchase the H2 water generator and have been drinking one litre a day. Although I have only started drinking now for 10 days I noticed the following changes. 1. I have more energy. I no longer need my afternoon nap at office. 2. I just did a whole day seminar today and was standing most of the time. I was not tired and there was no pain in my leg. My advise is. Read and learn as much as you can about H2 therapy. There are many scientific research on this subject. Try it and check it out. As a researcher, I found out that our body also generate H2 gas but because of the environment and life style etc, our body is not efficient in producing H2 gas now So when we drink H2 water, the H2 molecule which is the smallest molecule in the periodic table, is able to penetrate all parts of our organs and even inside the cells. Hence why H2 water is so effective. You also need to exercise, eat proper food and do the things that don't cause damage to your body. God bless. Dr. Paramsothy Vijayan 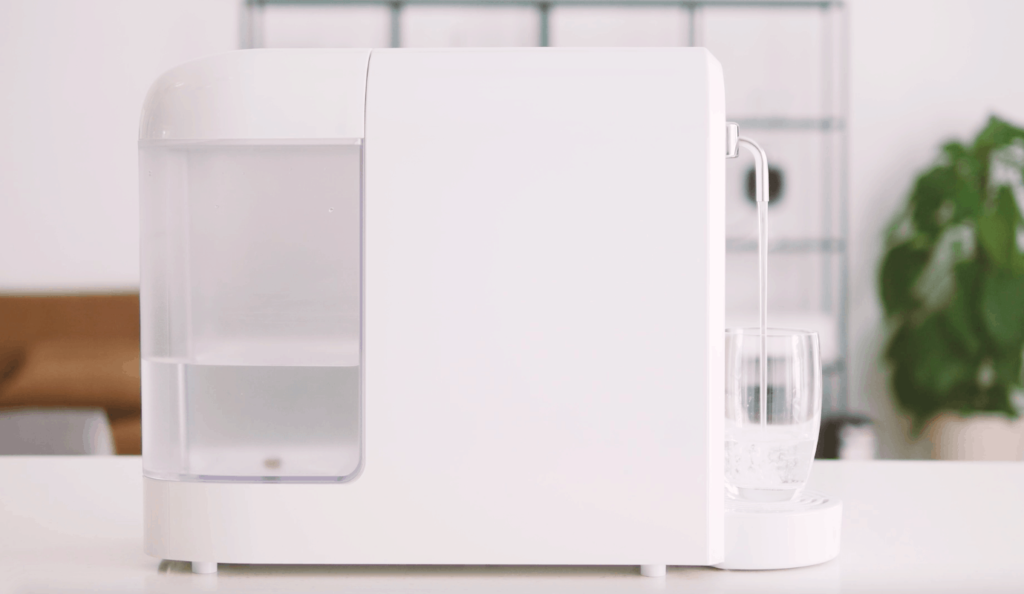 No installation or large space required 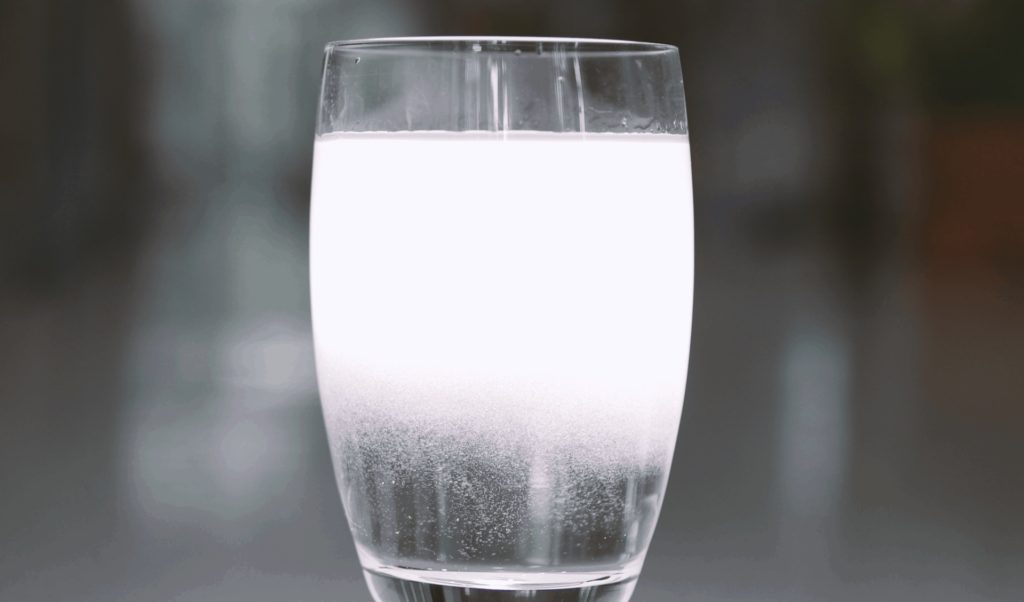 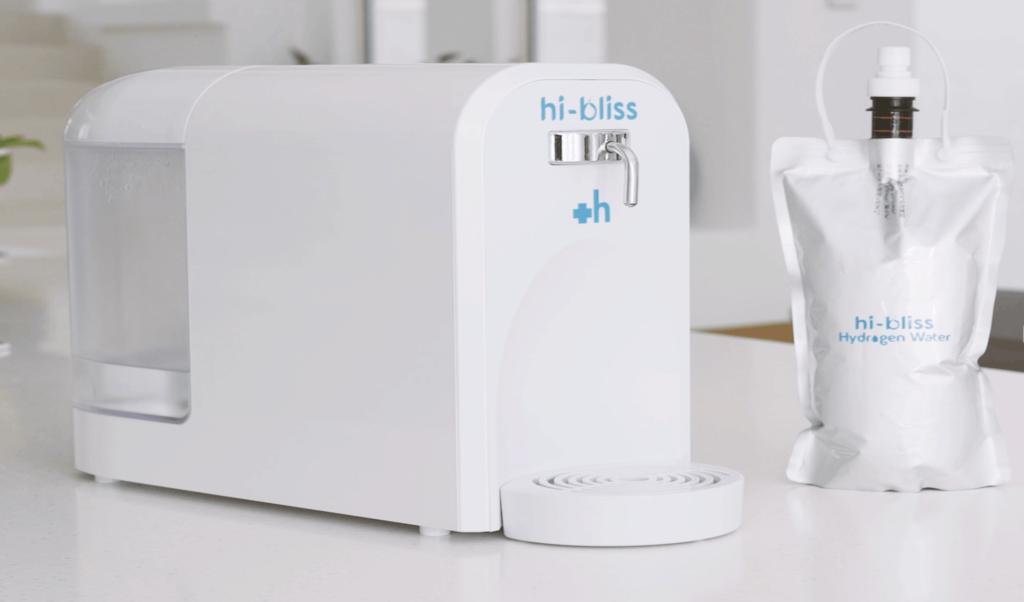 Filter replacement is only required once a year or upon reaching 3,000 litres (whichever comes first) No danger of impurities being dissolved

These enhance the water quality and safety for human consumption Our Patents and Accreditation 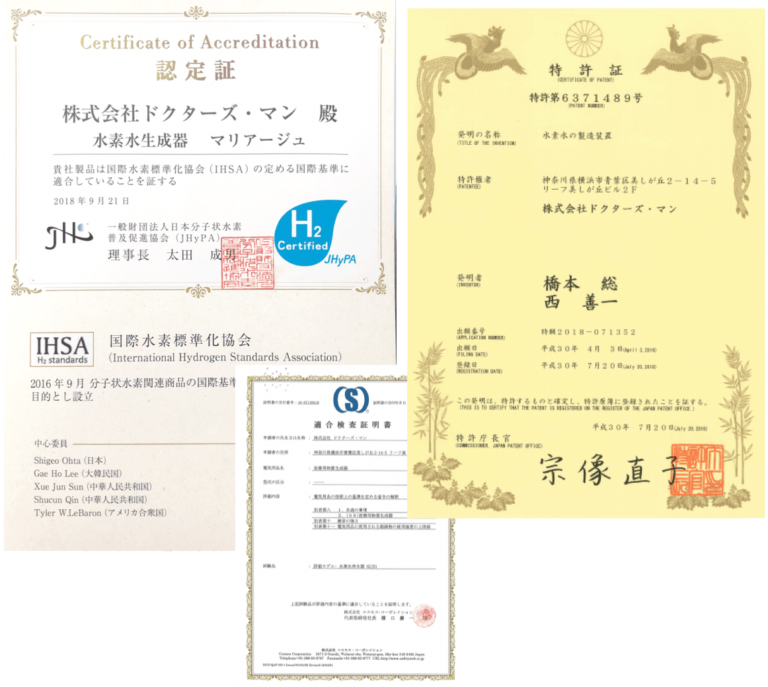 Advanced Patent (July 2018)
that provides safe and highly concentrated Hydrogen for a long period of time while retaining the water quality.

* The Hydrogen concentration does not decrease with continuous use.

an entity authorised by IHSA to issue certification under IHSA standards and criteria.

is focused on determining the standards for measuring Hydrogen gas and establishing guidelines for its therapeutic use..

The Benefits of Hydrogen

Over 1,200+ scientific articles suggest that H2 has therapeutic potential in over 170 different human and animal disease models, and essentially every organ of the human body

How Hydrogen Water Helps Cure Diseases and Improve Our Health

Interview with Professor Shigeo Ohta, Nippon Medical School, Japan; Pioneer Researcher in the Field of Hydrogen as a Therapeutic Antioxidant